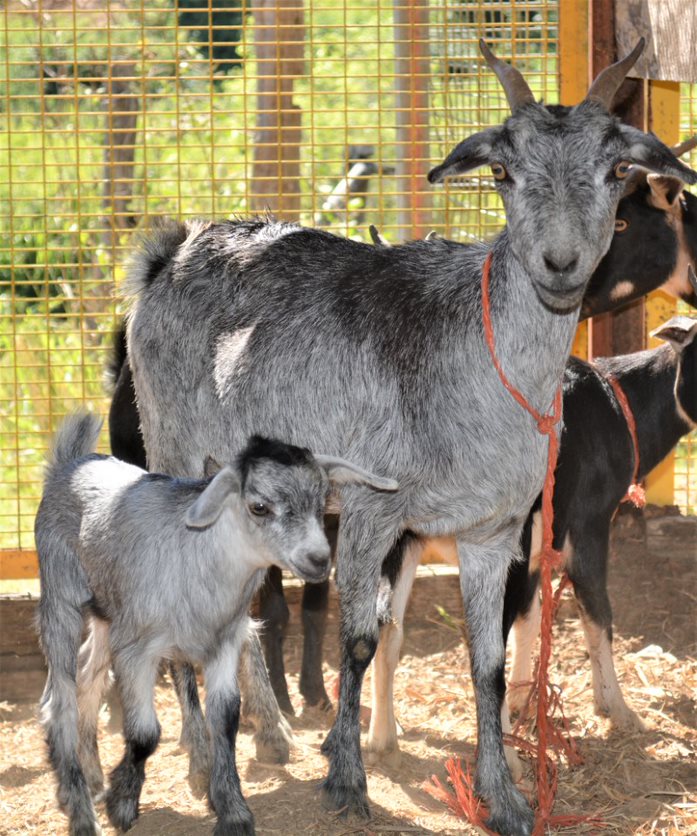 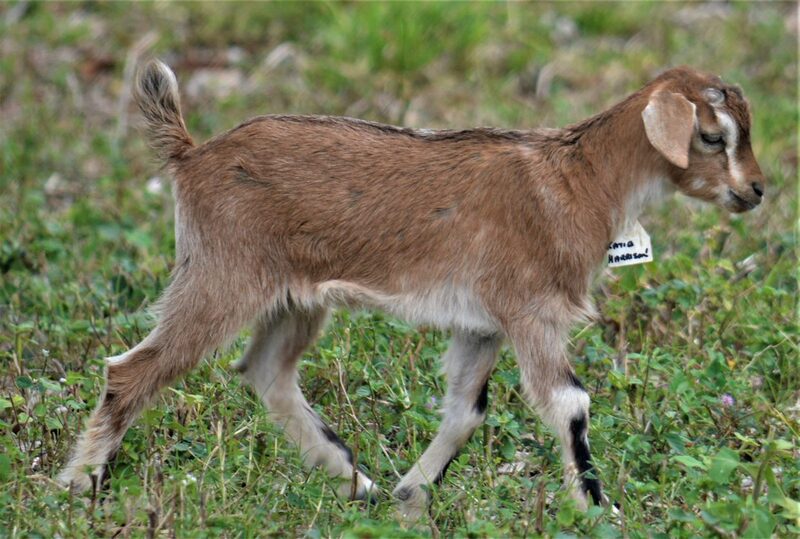 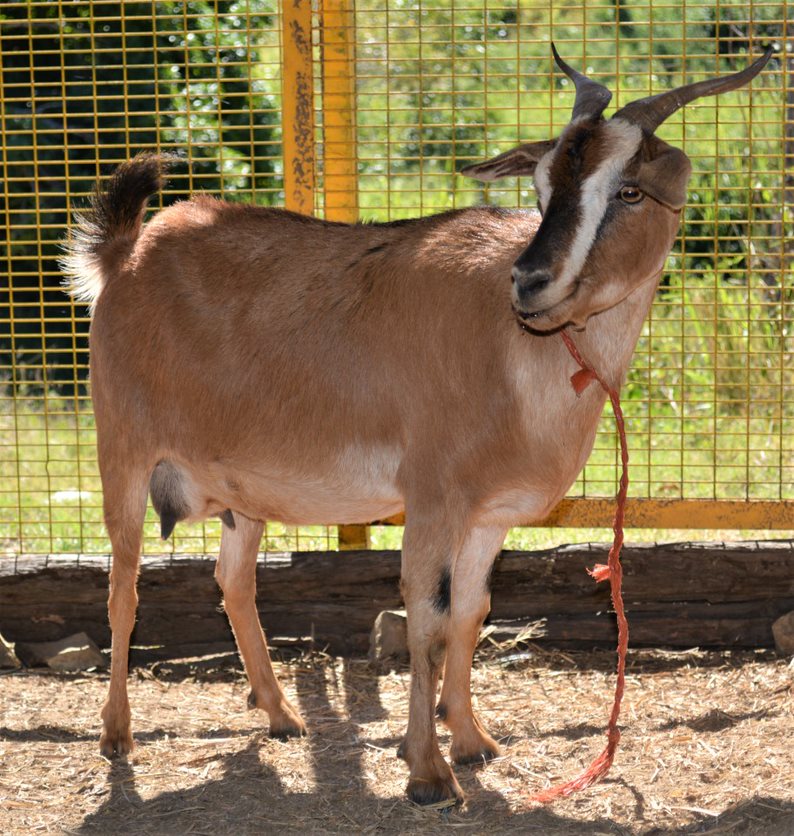 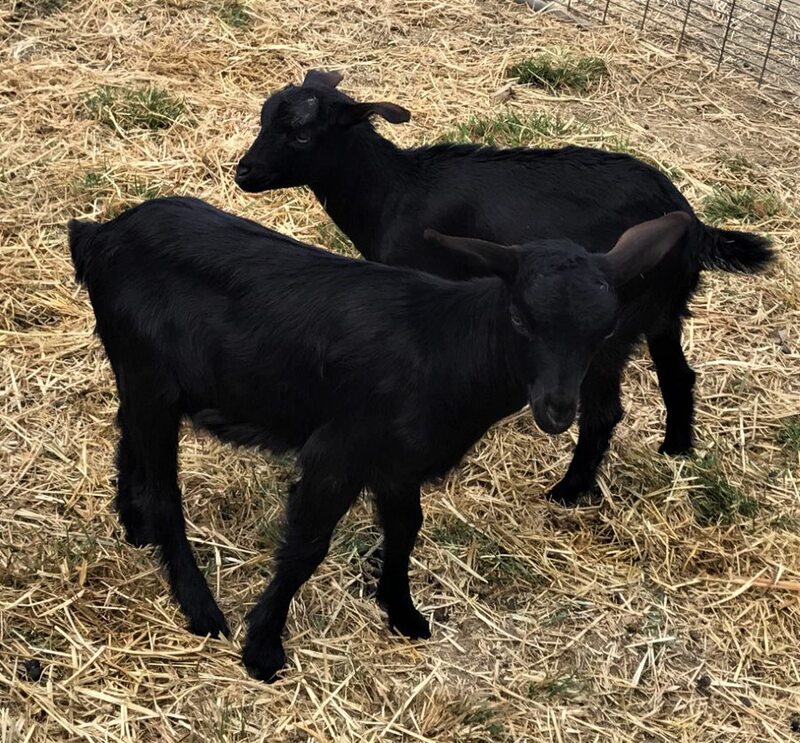 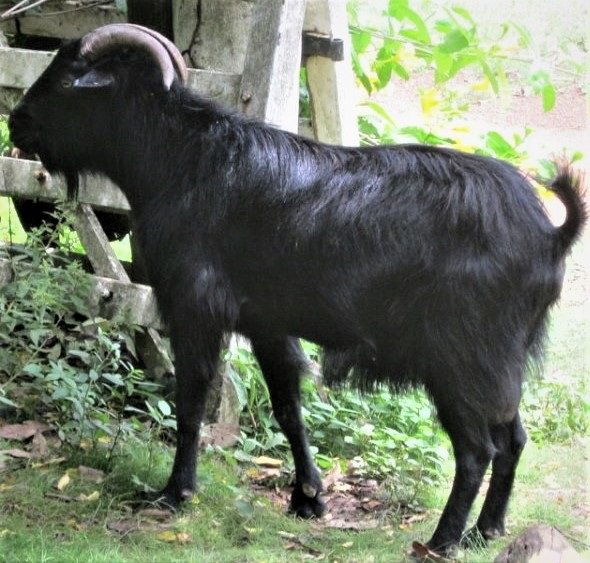 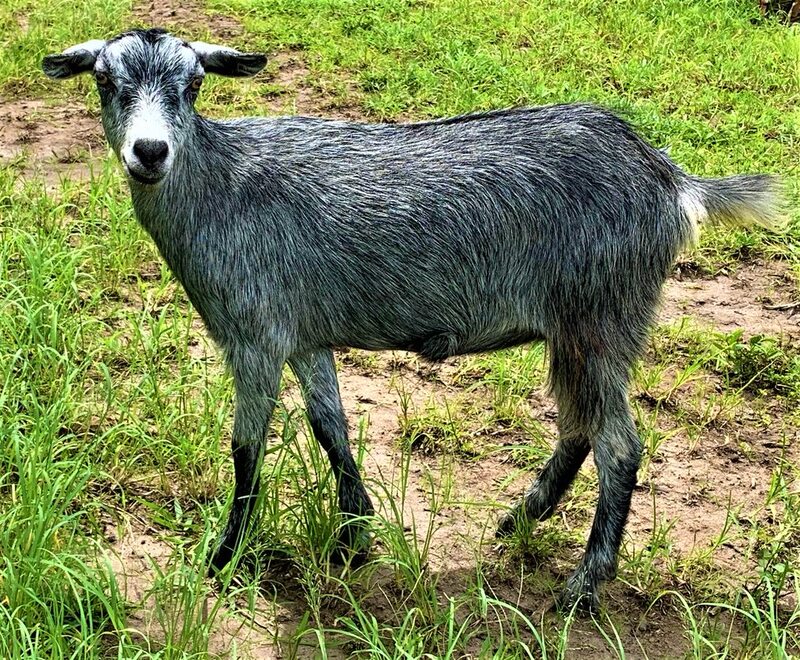 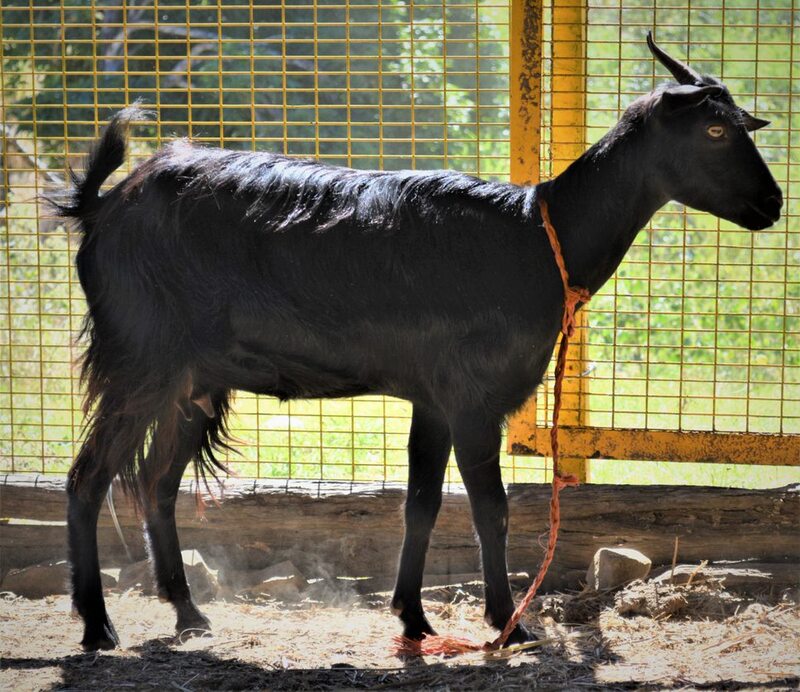 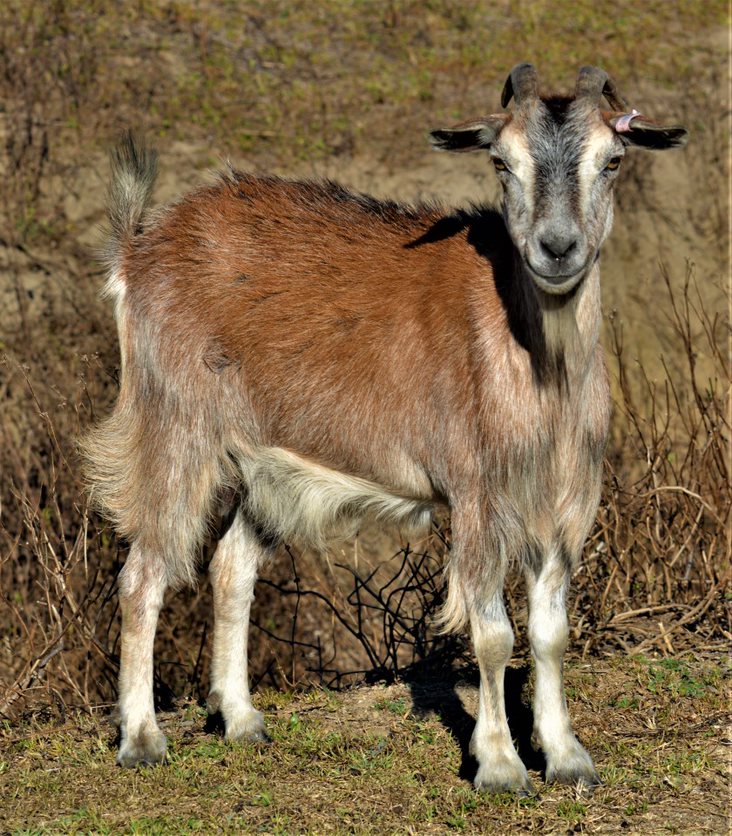 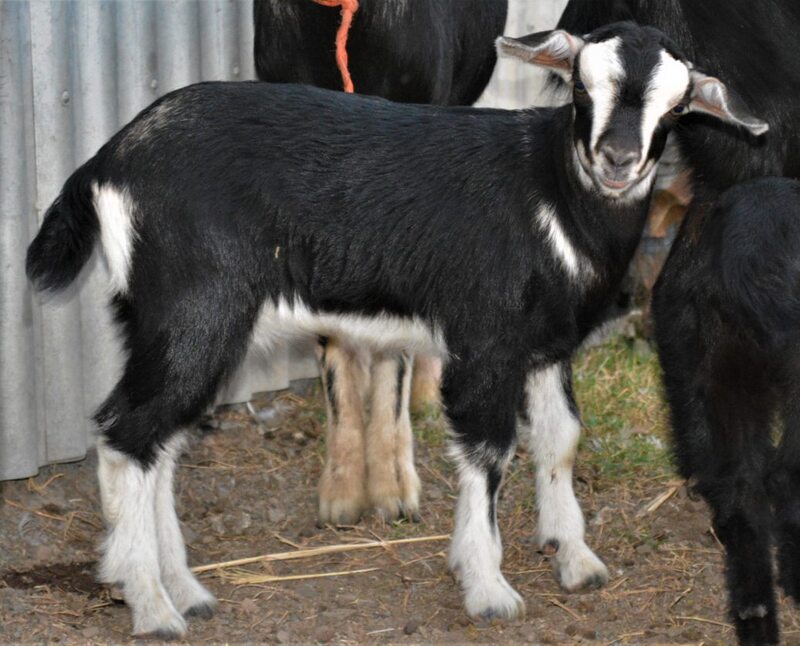 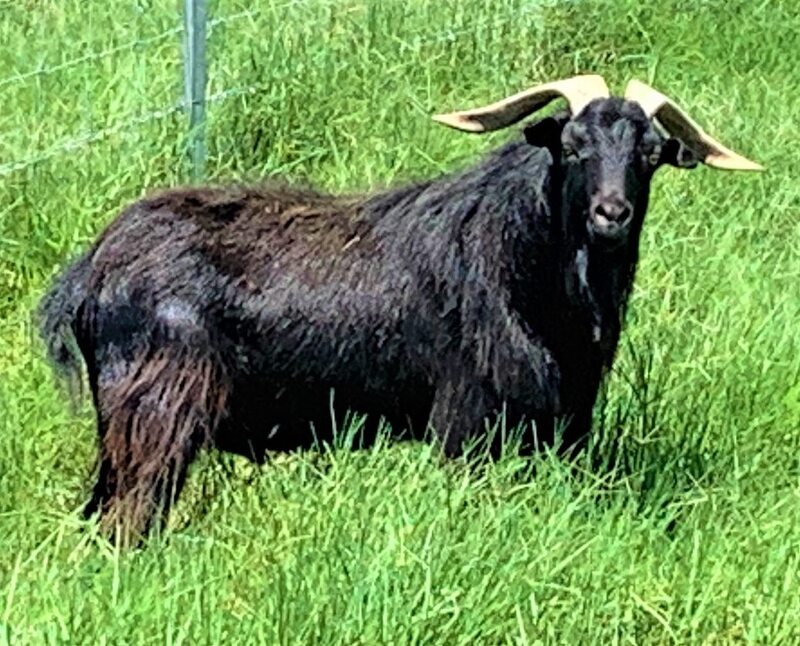 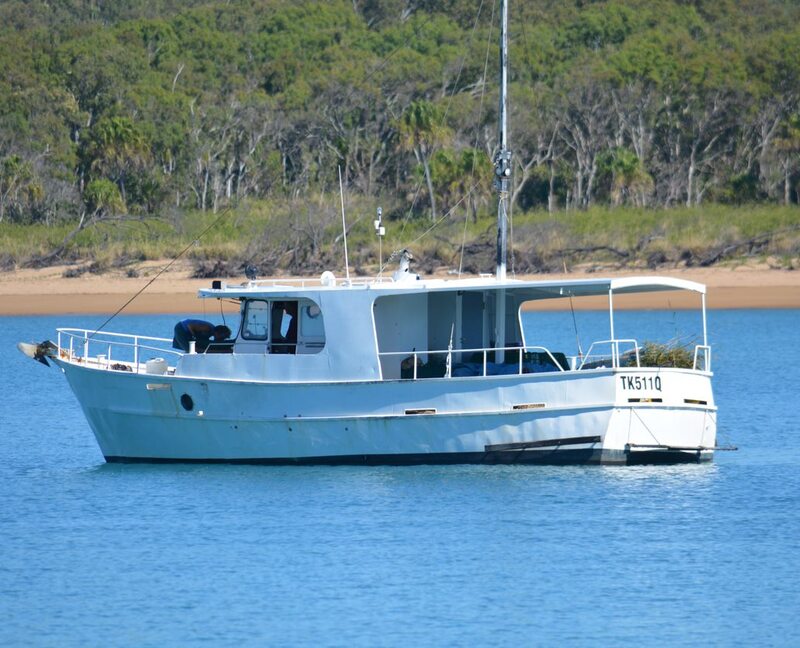 Beginning in 2015 and over a number of years, we obtained a number of goats directly from Middle Percy Island, working with the current land managers who were hoping to save this unique/rare breed from eradication by the government.  All goats originating from the Island have been CAE tested negative. A copy of these results are attached.  We are working towards CAE accreditation on our properties.  Over the last 6 years we have been breeding and studying them to assess their consistency of conformation and structure and initiating a conservation plan which included the genetic testing. We have also completed a breed standard, also attached.  These are the purest line of goats in Australia due to their 150 years of isolated development.

We have also spent hundreds of hours piecing together information from the land managers on pedigrees of the animals that came over from the Island in the effort of starting a herd book.
These dual-purpose goats, while miniature in size, survive on a low protein diet and thrive on dry/arid conditions.  They are very hardy and fertile.  Easily raising twins/triplets with lovely udders and attachments.  They range in colour from all black, black & white, black & tan, brown, brown & cream, cream (rare colour), solid grey, dark grey & white, light grey & white, strawberry roan, cinnamon & red.

​
Background information on the Island itself:

Colonial Percy Island Goats hail from Middle Percy Island which is located 130km south east of Mackay.  In 1874, 12 goats were placed on the Island to provide meat, milk and skins for seafarers.  Another advantage proven over the years is that the goats have kept the fuel load at a low risk for fire which would have devastated the island.  Goats were also placed on other islands off the Queensland coast but they have been eradicated.  Middle Percy Island (the largest island of the group) is around 2000 hectares in size and is comprised of pristine beaches, (West Bay still continues to provide boaties with safe and protected anchorages), as well as wooded forests. First charted by Matthew Flinders and named after the Duke of Northumberland, Middle Percy was one of the last remaining leasehold islands off the Queensland coast that was bound to a tradition of providing fresh water and supplies to passing seafarers. Since 1964, a portion of the island (17%) has been looked after by leaseholders (land managers) known as a conservation park especially for the goats. In 2011 the leasehold formally changed from the Lands Act to the Nature Conservation Act (section 34) – meaning that the National Parks decided they could best manage the island (and it helped the government fulfil their carbon credits). So changes including designating 83% of the previous land holding to national park status meant that the existing land managers were no longer able to manage the introduced grazing animals (goats) and the rangers are to eradicate the goats (at tax payers expense) as they are now deemed “feral”.
​
As mentioned previously, goats from unknown origins (goats were not important enough to keep detailed records about them) as well as coconuts and other edible fruit trees were placed on islands off the Queensland coast as part of the newly formed Queensland State government initiative to update the minimal marine surveys and chart all the islands and reefs to provide safe shipping for the developing colony.  (Shipping being the main form of supply transport).  As the government had no expertise in surveying, they formed an alliance with the British Navy, whereby the government commissioned the building of a schooner Pearl (70 tons and built in Sydney in 1861-1863) and provided man power and the British Navy provided the specialised hydrographic surveying expert (Captain Edward Parker Bedwell – Admiralty Surveyor for Qld).

​DNA testing by GenomNZ (genotyping of tissue samples) and subsequent analysis and comparison by renowned scientist and genetic diversity researcher (specialising in goats)  by Dr JA Lenstra (Hans) – Faculty of Veterinary Medicine, Utrecht University, The Netherlands; has now been completed.  Attached is data from Dr Lenstra showing that the Colonial Percy Island Goats have adapted to their environment and have developed their own genetic and phenotypic identity over the 150 years in isolation on the Island. The network attachment show that Percy Island goats and Arapawa goats (NZ) are related and especially the Percy Island goats show an affinity to goats from Pakistan but as there are no published data from Indian goats, which are a more plausible origin for both Percy Island and Arapawa.  Notably both Percy Island and Arapawa goats are clearly unrelated to Kiko and Australian Rangeland goats!  Dr Lenstra considers the present status of the Colonial Percy Island breed more important than its obscure origin.  Conservation of livestock species should not focus on authentic breeds that have existed for centuries, but also on the more recently developed populations. 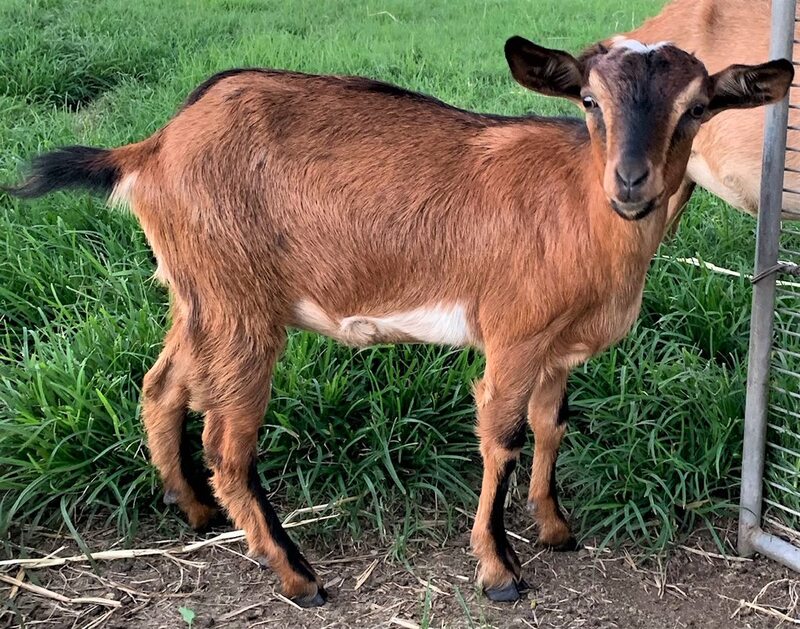 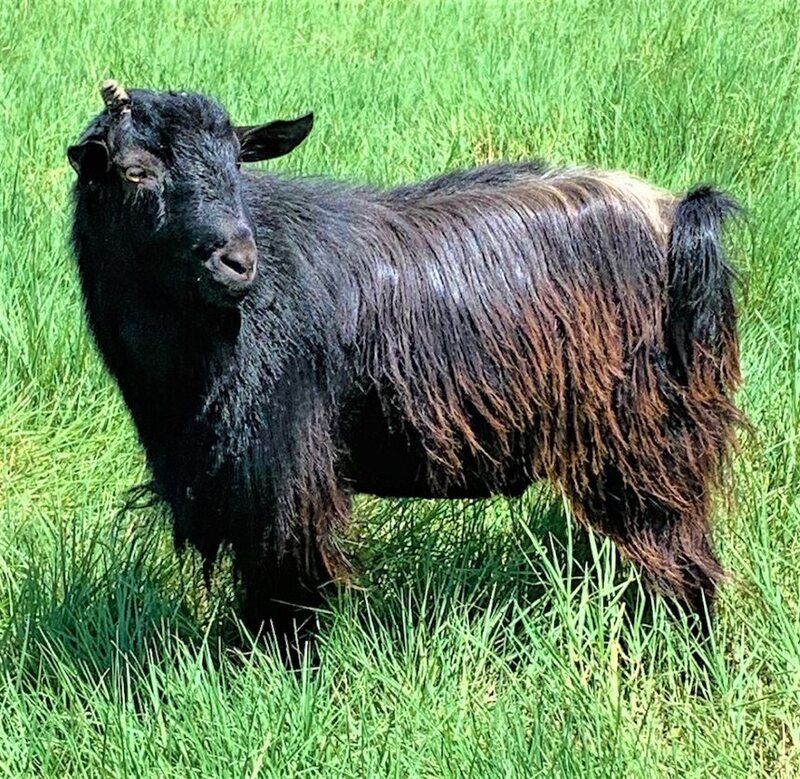 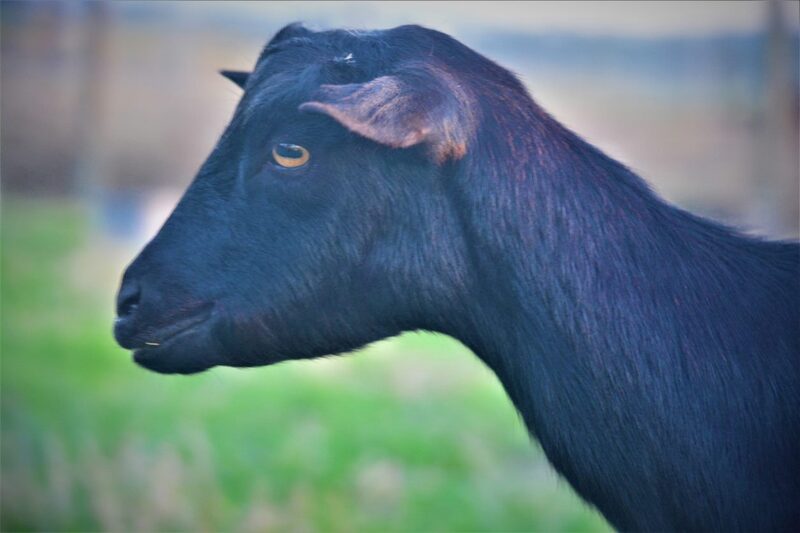 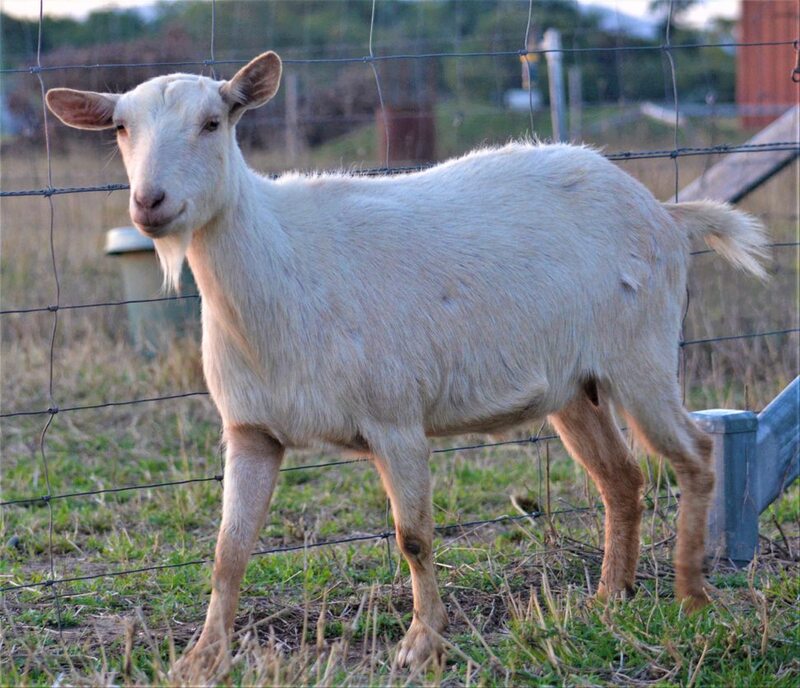 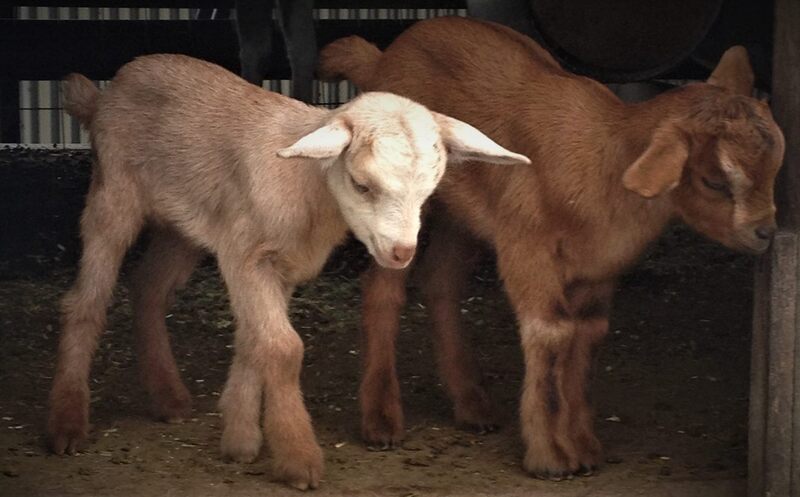 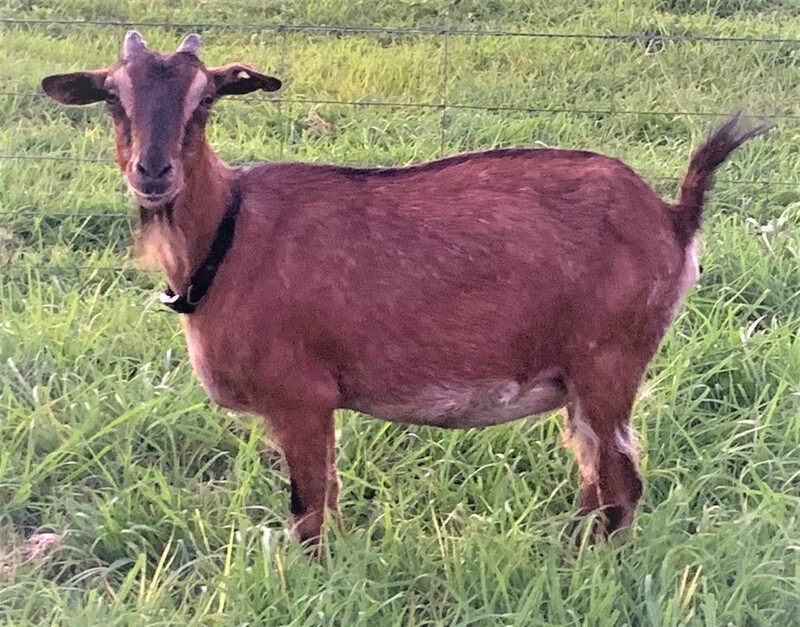 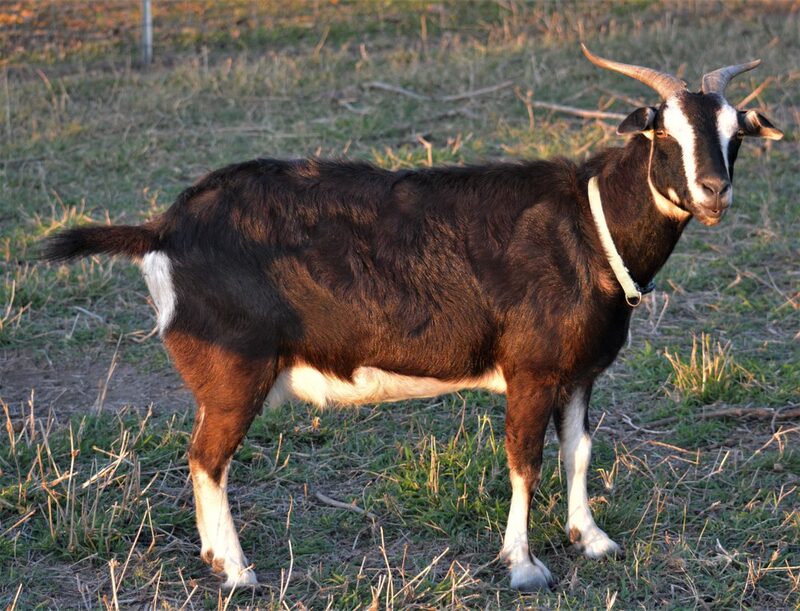 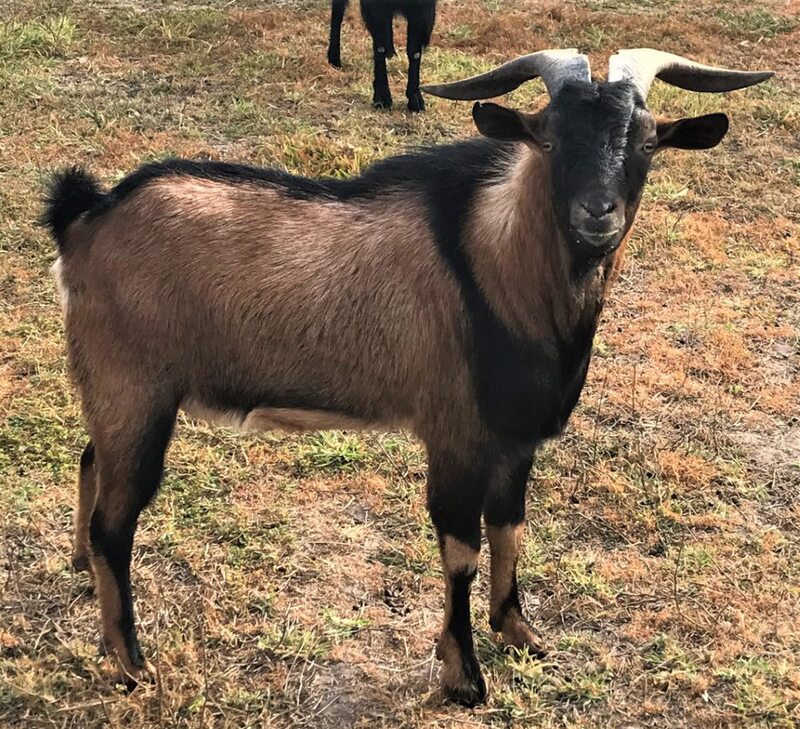 NECK: Clean at junction with head and blended smoothly into shoulders.  Without tassles.  Does long and fine but not too slender. Bucks fine and strong, not coarse.

BACKLINE: Back strong, straight back either level or rising very slightly to hips but no signs of weakness.

FOREQUARTERS: Fine withers, with shoulders sloping and blending into the body. Chest between the forelegs, deep in bucks and showing medium width and depth in does.

BODY (Barrel): Fine framed. Rib cage well rounded, with wedge shaped body that is proportionate to length and height, not too long in body.

HINDQUARTERS: Gradual slope from hips to tail, good width between hips and between thurls, rump rounded.

RUDIMENTARY TEATS: Two set wide apart, slightly to the fore and sides of the scrotum, and being of good size but not overdeveloped.

COAT: Short and fine. Bucks may have a long coat. 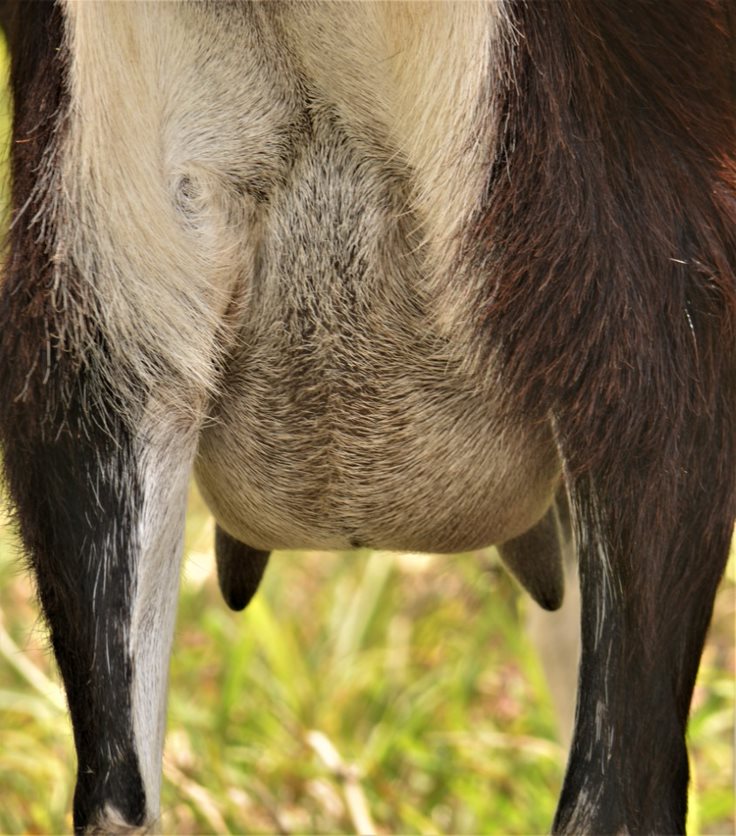 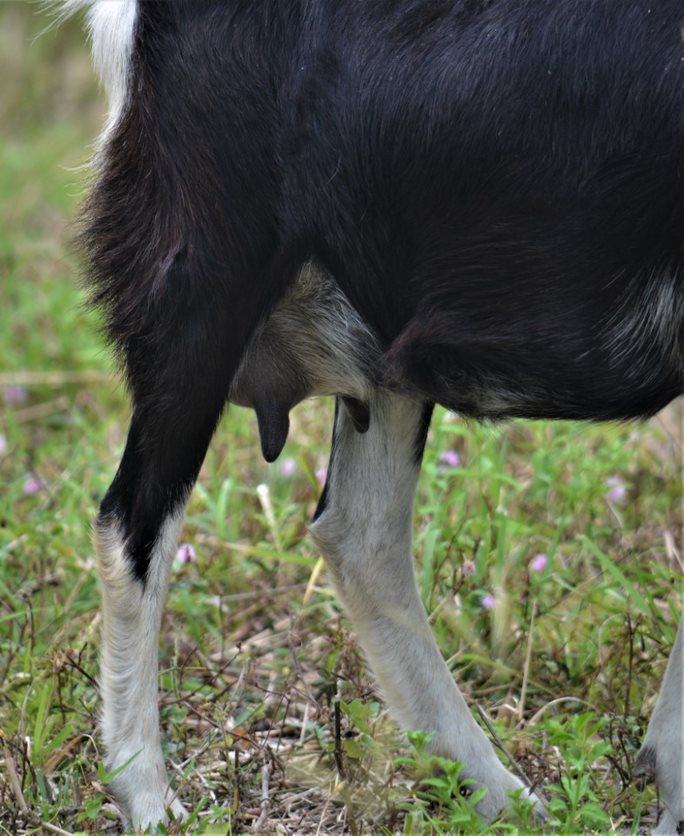 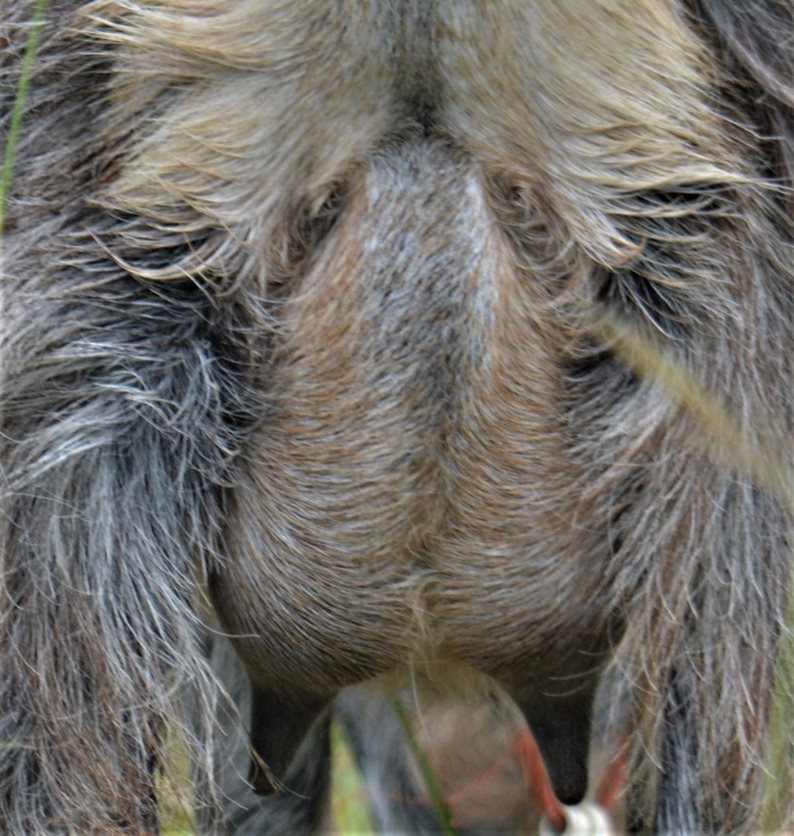